THE SOUNDTRACK OF A BREAKUP


I recently broke up with someone who I’ve been dating for over a year. Or at least, I’m assuming we’ve broken up since I haven’t seen or heard from the coward in weeks. (Oh, that post is coming. Just. You. WAIT).


And I’ve spent a lot of that time listening to some pretty sad, not-AT-ALL-romantic and yes, even angry songs as my heart tries to recover from the ass-kicking.

Let’s face it, when you’re heartbroken, nothing is more comforting than a well-crafted pop tune that speaks directly to your experience. Hell, even the sappiest Mariah Carey ballad can take on new meaning and resonance when you’re in pain! But some songs seem to DEFINE a breakup. They’re like the wedding anthems of heartache, the ones that say, "here, take my hand bitch, we’re gonna get through this," after an emotional cripple snatches your heart, stomps on it and then throws it back in your face.

These are the five breakup songs that spoke to me. All by women. Go. Figure.

BEYONCE “BEST THING I NEVER HAD” 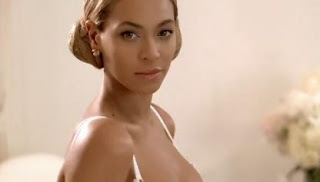 This timely jam was all over the radio during the first two weeks of our "breakup", when Mr. Moody officially became a missing person. I honestly didn’t believe it was over and felt confident he’d eventually call. I was still in the denial phase.

But somewhere in the dark recesses of my brain, I started to think, WHAT IF he never calls? And this is really the end? How do I feel? Am I mad/glad/sad/devastated?

I wanted to believe that I would be fine; that I was completely over him.  And someday, I’d look back and think, thank God I dodged the bullet. Everything worked out for the best. I am in a far better place. And I should really say, thanks baby, good lookin’ out.

If I sang along with enough attitude, I could almost convince myself that were all true.

KELIS “CAUGHT OUT THERE”

At some point, it began to sink in that the relationship was over. And I started to get mad. REALLY mad. At the sudden, unexpected way things ended.


Without a call. Or an email. Or even a damn post it note?! Nothing. It’s like the man woke up one day and forgot I ever existed. I mean, seriously, WHO DOES THAT?!

I refused to believe someone I cared so deeply about could be that callous.

Yet, every time I checked my cell, hoping to find a text saying goodbye or at the very least I’m sorry, there was nothing there. And I just wanted to scream--

Thanks to Kelis, I had a catchy chorus to accompany the angry sentiment.
LADY GAGA “SPEECHLESS” 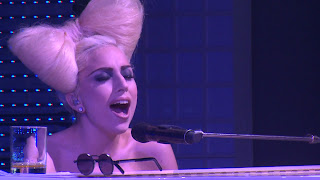 I’ll admit it’s been hard for me to walk away because I don’t feel any real sense of closure. If only I knew, WHY he chose to bail on this relationship. I desperately needed to know.

Was it ME? Did I do something wrong? Could I have done anything differently? Maybe I didn’t try hard enough? I’ve analyzed every last detail of our time together, searching for any explanation for this sudden change of heart. Made. Myself. Crazy.

Then I heard Gaga's Speechless, which included the lyric: baby you gave up, you gave up. And I felt an overwhelming sense of calm. That’s the answer! He gave up. Plain and simple. I hit play, then repeat, several times. There was nothing left to say. 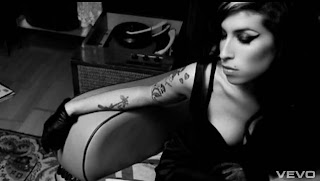 Breakups are HARD! And there is no escaping the pain. No matter where you run, or how many lies you tell yourself, sooner or later, it catches up to you. There's no choice but to surrender. And have a cryfest.


Amy Winehouse had died. It was incredibly sad. They played this song in tribute on the radio. Everything. Went. Black. Bawled like a baby. Felt good to let it all out. 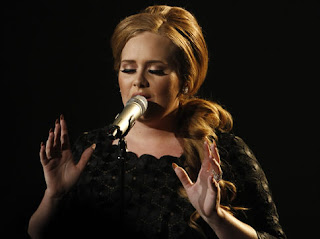 I remember watching Adele’s "Someone Like You" VMA performance for the first time.

I thought, my God, she was clearly in pain when she wrote that song. Its pure, unfiltered heartbreak! And she performed it from the very depths of her soul. I was moved to tears, like most genuine music fans.

For me, Adele’s stirring ballad is the ULTIMATE BREAKUP SONG.

It certainly helped get me through the final stages of my breakup. And now that I’ve turned a corner, it seems fitting there is a new, happier version hitting the airwaves.

When I heard the Someone Like You Remix, it instantly bought me back to my clubbing days. When I’d dance away all my boyfriend woes at some gay club with my girlfriends, flanked by our fellow Queens, singing along to songs that celebrated our fierceness. Because nobody could break our spirit, especially not some stupid guy.

Well past my partying prime, this remix is now my go-to jam on the treadmill. And when I’m feeling sad, I imagine being at the club, surrounded by my girls who say:

Suddenly, I run with a renewed vigor, knowing everything will be o.k.

I didn't break. And that's something worth celebrating.