INSPIRED JAMS: It's Not Right, But It's OK

Every morning, I wake up with a random song stuck in my head.

And its often just a line or two from the chorus that plays over and over on a continuous loop. For hours. Sometimes even days! It can be really annoying.


Especially when it’s one of those infernally catchy, top-40-moves-like-jagger-on-the-floor crap songs that beg me to shut off the radio. (This includes the entire Ke$ha KILL ME NOW music catalog). The more I try to avoid these tunes, the more determined they seem to take up residence in my brain, like an unwelcome squatter who refuses to leave. Killing me softly. And repeatedly. With awfulness.

But some mornings, I’ll wake up humming a much happier tune with lyrics that speak directly to a pressing life issue or concern. And these inspired jams serve as my own personal anthems, spinning in the background throughout my day to give me much needed strength to forge ahead and face whatever challenges lie ahead.


So what’s topping my current Lord, help me Jesus playlist this week? 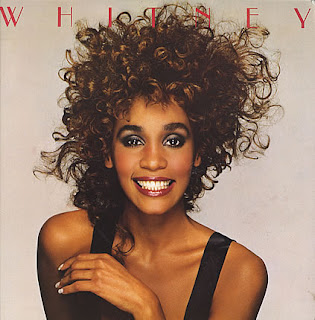 Given her sad, untimely death over the weekend, I’ve been thinking about all the great Whitney Houston songs that have inspired me and bought me joy over the years.

I distinctly remember I Wanna Dance with Somebody which was one of her first, big breakout hits. Girls at school had taken to calling me “Whitney” at the time, not because we shared similar features (tan complexion, curly red hair, thin frame) but as a mean-girl way of saying I had knobby knees and was too thin. While it hurt on some level, the joke was really on them because Whitney was not only talented but beautiful. Thus the song, and accompanying 80s MTV video, served as a real confidence booster that offered me hope during these painfully awkward school years.

The Greatest Love of All was another significant jam for me, particularly as I began to make my own way in the world. Finding strength and love within myself has been one of the most important (and difficult!) lessons, I've learned in life. 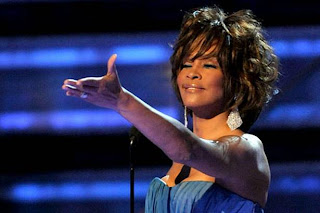 And of course, there were the many ballads that nursed me through difficult breakups. Didn’t We Almost Have it All, Where Do Broken Hearts Go, Run to You and pretty much the entire Bodyguard soundtrack all stand out. Though some of these jams later became karaoke bar faves, generating far more pleasant memories for me.

But if I had to pick the one Whitney song that has inspired me most it would have to be her R&B hit, It’s Not Right but It’s OK. Because every time I’ve chosen to walk away from a relationship that clearly doesn't work. And inevitably start to second guess myself, reaching for the phone in a moment of weakness. This is the jam which plays in my head--as it has on this chilly February day--to remind me to stay strong, girl and don't do something foolish that you know you're gonna regret.


Like call up my ex-boyfriend. Just to say hi. On Valentine’s Day.

Because ultimately, I'd rather be alone than unhappy. Stuck in a comfortable, yet unsatisfying relationship with a kind, wounded soul with a closed heart. So ladies if you're feeling sad, lonely or unloved today and need a boost. Click on the video and sing loudly with attitude: It's not right, but it's ok/I'm gonna make it, anyway.


Thanks Whitney! For the countless inspired tunes and for always lifting my spirits when I’ve needed it most with your incredible talent. You will be deeply missed.
Posted by THE MAD ONE at 11:44 PM